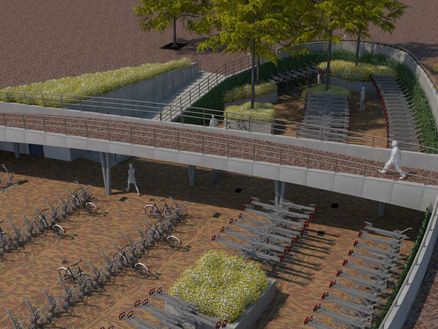 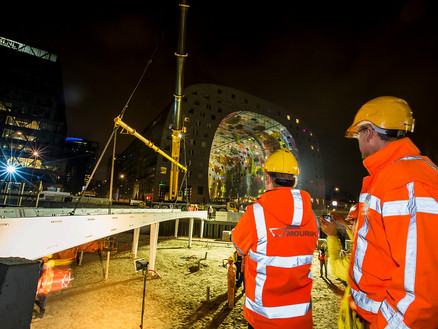 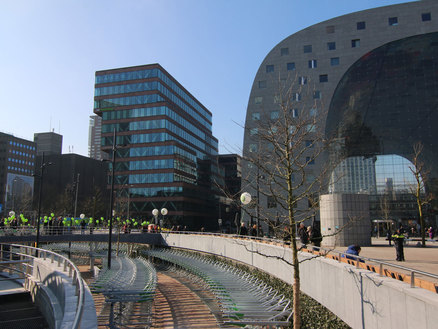 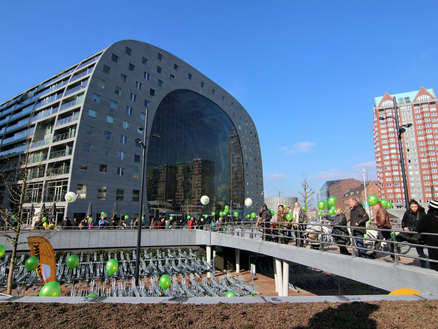 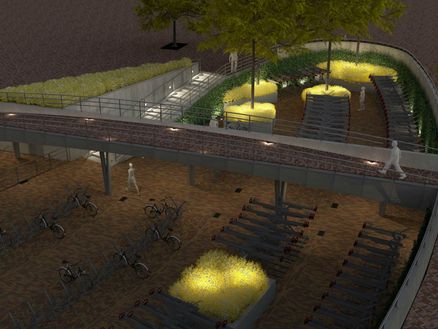 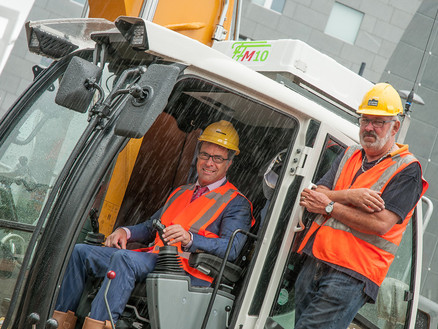 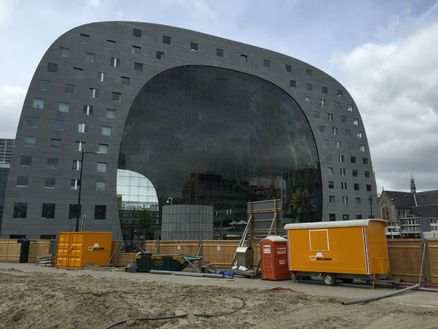 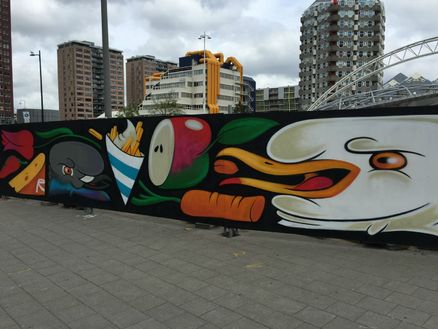 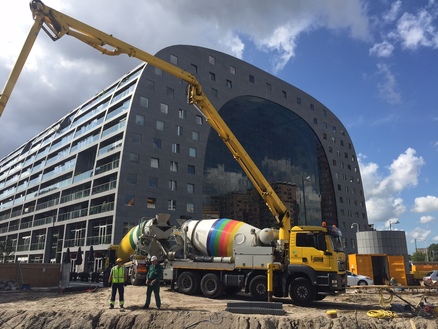 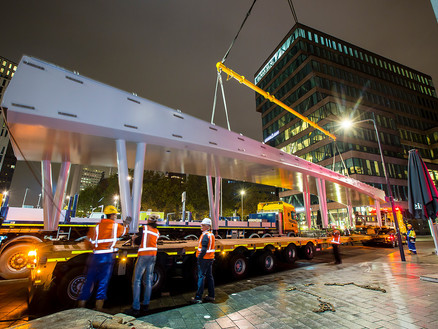 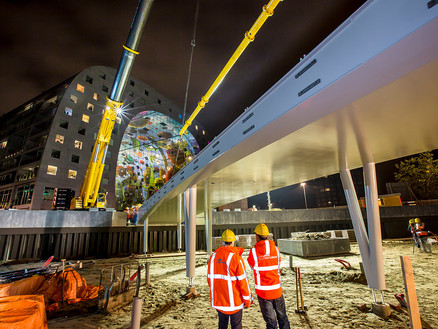 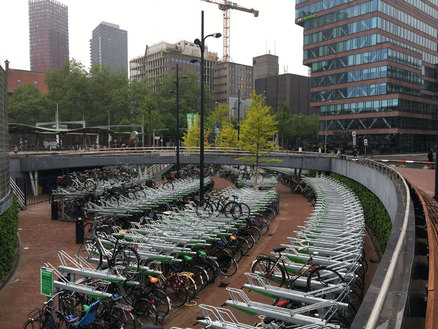 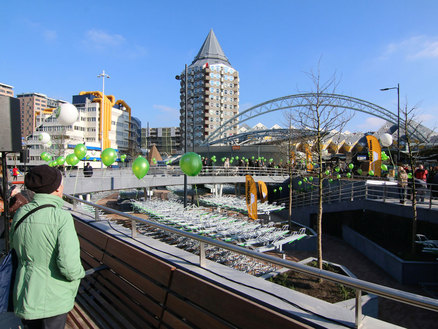 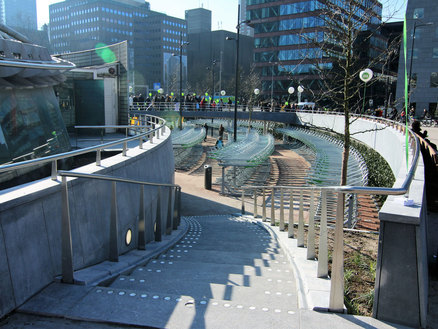 A bird's-eye view of the bicycle parking facility

The ‘art’ of stakeholder management
What's special about this project is the location: one of the busiest points in Rotterdam. For this reason, communication with local residents and shopkeepers in the Markthal was given a great deal of attention. Mourik came up with a special look for the building site. Together with Rotterdam artist Saïd Kinos, fellow-artists and graffiti artists, the site fences were transformed into a giant work of art. Many people came out to the building site especially to see it. Also because of ideas like this, the construction was completed without a single complaint from stakeholders.

Phasing
Early in 2015, Mourik started with the preparatory work, together with the architects. During the first quarter of 2015, cables and pipes were installed. This was no easy feat, with the presence of, for instance, (old) metro tubes in the area. The actual execution started three months later, with the highlight being the placing of the bridge, early November.  In January of 2016, the bicycle parking facility itself was finished and Mourik could start with the finishing work on the site. The opening ceremony was performed by alderman Pex Langenberg on 17 February 2016 and was attended by hundreds of people.