The Dutch Eindhoven based companies BlueAlp and Petrogas have achieved what no other business has yet achieved: they have produced an installation that can, on a major scale, process plastic waste into pure ‘circular oil’ (oil produced on circular principles). In recent months, bottlenecks and teething problems have been resolved and the recycling plant in Ostend, Belgium is now in full operation.

Making plastics circular eliminates our dependence on petroleum and results in a significant reduction in carbon emissions. This validated technology shows that circular production works. Plastic waste, which is made from oil, becomes the feedstock for oil, from which new plastic, for example, can be made. This marks a milestone in solving the global plastic problem.

“We are now continuously processing 1400 kilograms of plastic waste per hour. The oil produced is so pure that it can be used immediately for industrial or manufacturing purposes, for example to make new plastic for the food industry. Where competitors worldwide are still struggling with volume and quality, for us this is already an accomplished fact. We are the first to be able to produce on such a large scale that operations are immediately profitable,” says Chris van der Ree, CTO of BlueAlp.

The installation at the Renasci recycling plant in Ostend in Belgium was brought into operation last September. The installation has since been in use for more than 2200 hours, processed more than one million kilograms of plastic, and achieved a consistent yield of more than 76 percent. This means it has produced over 760,000 kilograms of liquid oil, or the equivalent of 975,000 liters (well over 6000 barrels). BlueAlp is now at the point where we can process 200,000 kilograms of plastic waste in a few days.

Van der Ree: “We have always said that we will only offer the concept of our plastic-to-chemicals installation to interested parties once the process is working properly and has proven itself. There has been a lot of interest in recent years, but we have held back. We have a reputation to uphold: once we sell the concept, we need to be able to endorse it 100 percent.

“The installation was officially handed over and accepted the 8th June and so released for production. This opens the way to all market parties who also want to build these installations. We produce pyrolysis oil, and the market demand for this is enormous. Major oil and chemical giants are eager to use this circular oil as a feedstock or fuel in their production processes. We expect many new orders in the coming years.”

“We have spent more than 10 years developing and refining this innovative process, so the handover and acceptance of this installation is an amazing milestone, not only for our companies and partners, but especially for the contribution this will make towards a sustainable world.” 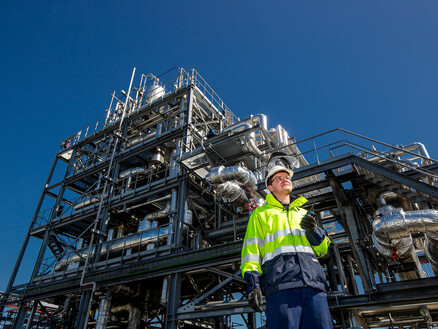 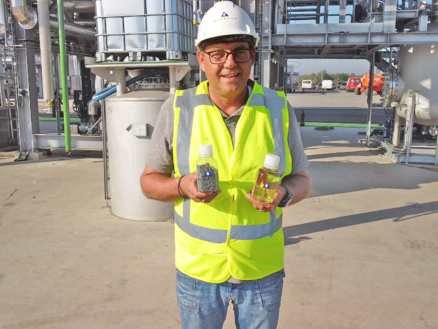 NanoVapor: Degassing safer, faster and greener!
Mourik develops electrically powered, sustainable and safe cleaning technology - press release
Mourik Industry takes part in ILO World day for safety and health at work
View more news
To overview
Mourik and third parties use functional, analytical and social media cookies or similar techniques. We do this in order to offer you an optimal experience and to analyze and improve the service of Mourik and third parties. Our partners in the field of analytics and social media have access to your use of our site. See our privacy statement and our cookie policy for more information. By clicking on accept, you agree.
Reject Accept